Miss Van, b. 1973. Vanessa Alice Bensimon[1], from Toulouse, France, started wall painting in the streets of Toulouse at the age of 18.[2] She is considered one of the best known painters of the graffiti scene.[3] Her drawings are of sloe-eyed[4] women, covering a varied array of female forms and expressing many different emotions.[5][6]

In France, a very original form of graffiti was born in 1993 with Miss Van and Mademoiselle Kat.[3] Miss Van is just one facet of the thriving graffiti scene in Toulouse, but she has probably gained the most worldwide acclaim for her work. She has gone on to exhibit canvases in galleries across France, Europe and the United States.[3]

Recently, she has moved to Barcelona, Spain and designed prints for the new Fornarina collection.[7] 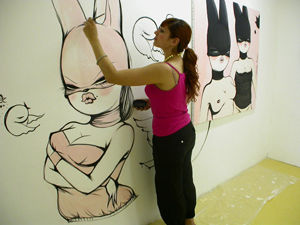 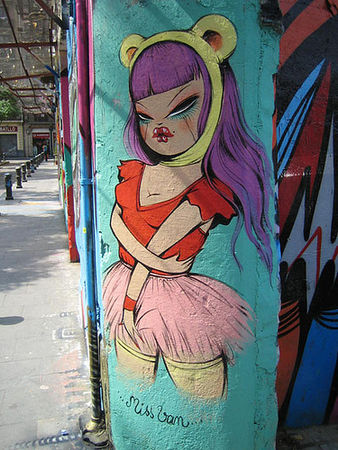